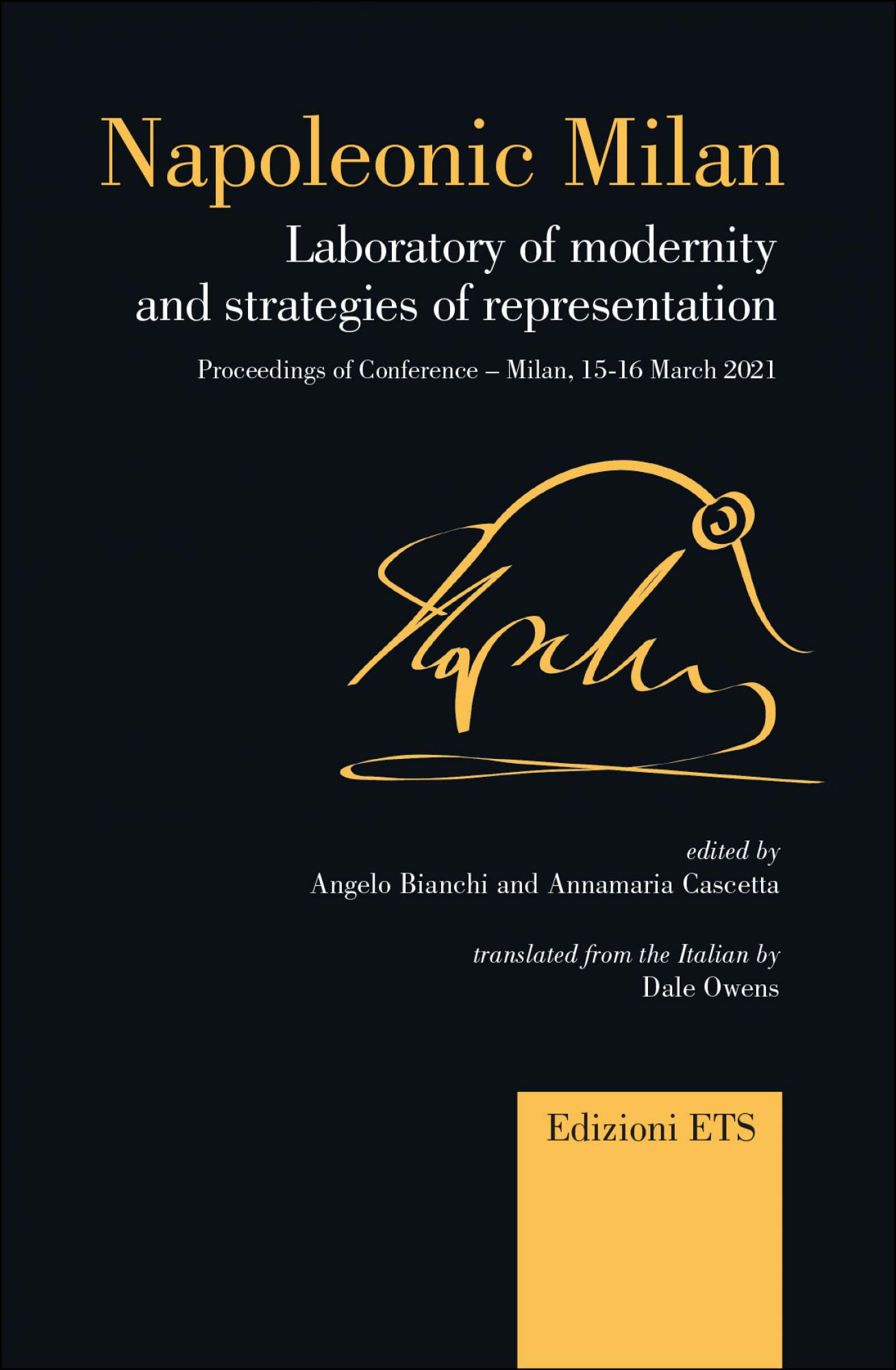 This volume gathers the proceedings of the Conference “Napoleonin Milan” held on 15 and 16 March 2021 by the Veneranda Biblioteca Ambrosiana in conjunction with the Centro di Studi Italiani (CSI-CIS) and the Centro di Cultura e Iniziativa Teatrale “Mario Apollonio” (CIT), both active at the Università Cattolica del Sacro Cuore di Milano. It is also accompanied by the partial catalogue of the exhibition “Napoleon at the Ambrosian”, which rounds off the Conference, mounted at the Pinacoteca Ambrosiana from 5 October 2021 to 4 may 2022.
As at other times in its history, Milan was also a hotbed of innovation during the Napoleonic era, during both the phase of the revolutionary triennium and the republic and the phase of the Kingdom of Italy between 1796, when the young General Bonaparte entered the city, and 1814, when Viceroy Eugène de Beauharnais gave up and fled Italy.
This is the idea that inspired this Conference.
Milan in these years is a laboratory of modernity in which a process of profound and fertile cultural transformation is launched; a process that would innervate subsequent national events.
Napoleon arouses, catalyses and channels energies of renewal. Some of these were already simmering more or less below the surface in the fabric of the Enlightenment city. It was a fabric that was cultivated and open to the transformations which the new power of the French causes to reemerge, first through and in connection with the members of the generous democratic movement, then with the co-opted local authorities of a more moderate persuasion.
A period of transition, therefore, that has the contradictory dynamics, the thrusts and counter-thrusts of every period transition.
The arts were a laboratory of modernity to which the Napoleonic era devoted special attention, particularly the performing arts, which were the main focus of the second session of the Conference aimed at investigating the strategies of representation and the processes of construction of memory and public opinion.