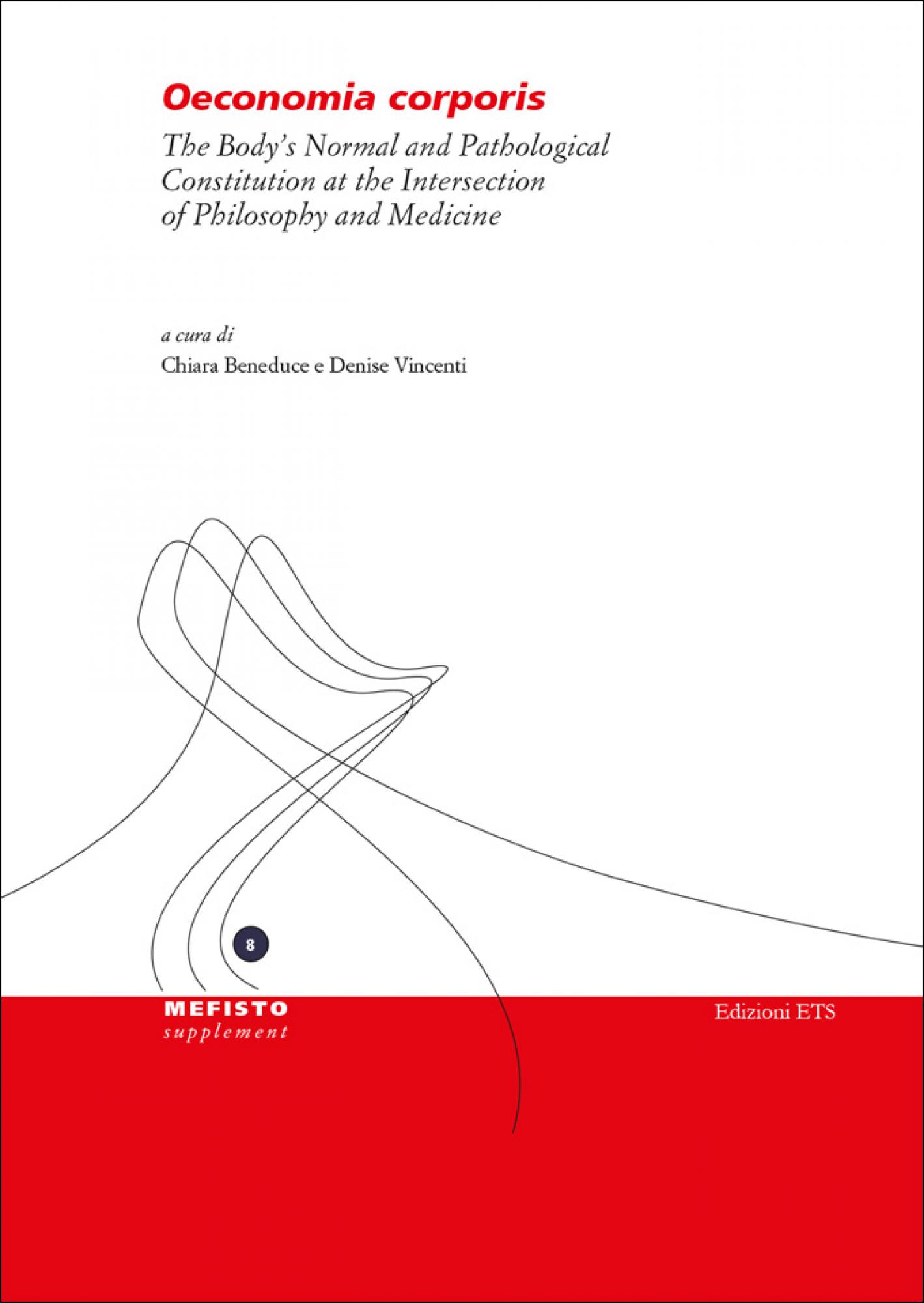 The  conceptual history of the body’s normal and pathological constitution has returned to several constant themes over the centuries.
What is the body composed of? How can a body’s “health” be defined? What causes illness and bodily deterioration? What is the ontological status of “illness” and which epistemological tools are needed to define it? What is the relationship between the disruption of the body and the malfunctioning of the soul or the mind? The aim of this collective volume is to consider some relevant theories on the body as formulated at the intersection of the history of philosophy and the history of medicine from antiquity to the Nineteenth century. We have selected a series of relevant authors and theoretical moments in the history of philosophy and science to illuminate and bring to life this centuries-long dialogue.

Chiara Beneduce (Rome, 1989) obtained her Ph.D. in February 2017 as a result of a joint degree agreement between the Universities of Pisa and Florence (Italy) and Radboud University (The Netherlands). Her dissertation focused on John Buridan’s natural philosophy. She is currently affiliated to Radboud University and works on the interaction between natural philosophy and medicine in the Middle Ages.

Denise Vincenti (La Spezia, 1988) obtained her Ph.D. in Philosophy at the Universities of Pisa and Florence in March 2017. Her research focuses on the relation between Spiritualism (e.g. Félix Ravaisson, Paul Janet, Joseph Tissot, Henri Bergson) and the French Eighteenth- and Nineteenth-century medicine. She has been recently awarded a grant from Istituto Italiano per gli Studi Filosofici of Naples.