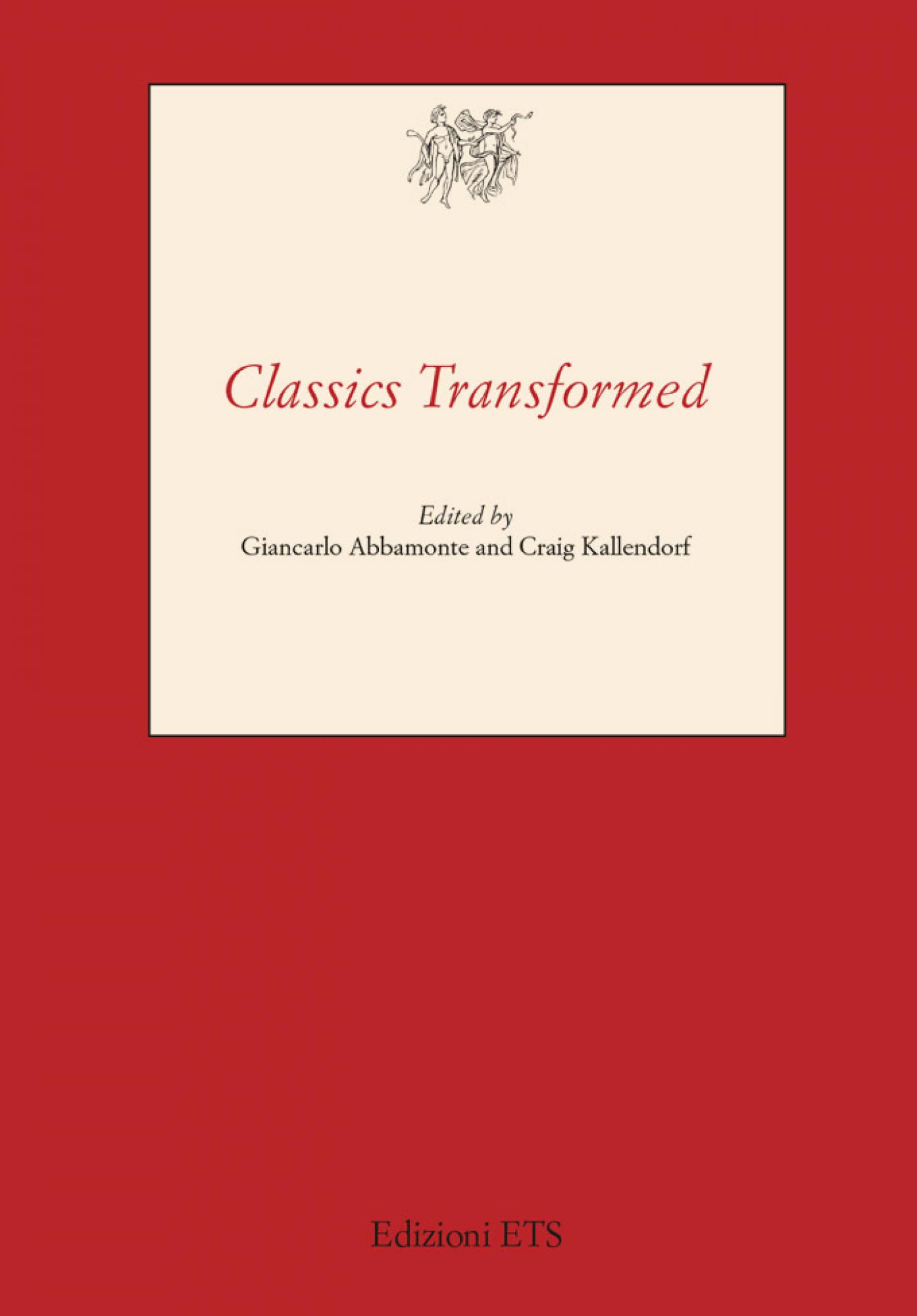 Everything that moves in space and time must necessarily vary, change, or better transform itself. It is this very Transformation − the word and the idea − that holds together all the essays published in this volume.
Going beyond the concepts of Tradition, Fortune, and Reception, the theory of Transformation expresses the way that the Greek and Latin cultures (literature, art, etc.) have taken their place in the medieval, early modern, and contemporary worlds, once they are changed. The system of Transformation and its categories, developed by a German university team in the last several years and explained here in an introductory essay, constitutes a simple and innovative tool to study these changes and to provide a useful and complete method for analyzing the impact of the transformed classical culture in every field, from literature to archaeology, from art history to homiletics and cinematography. The sixteen essays published here deal with many different environments and themes and illustrate how literary and meta-literary classical subjects are transformed in the succession of receiving cultures from the Middle Ages to today.
If one needs to take into account the space-time coordinates of the starting point, namely the classical world, and of its destinations in order to explain every Transformation phenomenon, it is also crucial not to forget what happened in the middle of the process. Thus novel, fable, epic, rhetoric, satire, philosophy, history, and cinema are the protagonists of the Transformations analyzed in this book. The case studies presented here help to show how ideas that were originally born in the classical world evolved through the centuries and moved across the oceans as well.
This book also testifies to a successful collaboration between fourteen young reseachers from an American and an Italian university and shows how the Transformation theory can be a good choice to stimulate a transcultural exchange of opinions about subjects that cover a period of two thousand years.

Craig Kallendorf is Professor of Classics and English at Texas A&M University, where he teaches courses in Latin, book history, and the classical heritage. His most recent books include A Bibliographical Introduction to the Italian Humanists (2017), The Protean Virgil: Material Form and the Reception of the Classics (2015), and A Bibliography of the Early Printed Editions of Virgil, 1469-1850 (2012); he also edited Wiley-Blackwell’s A Companion to the Classical Tradition (2007). He is past president of the International Association for Neo-Latin Studies and the Vergilian Society and has also served on the executive board of the Renaissance Society of America. His research has been supported by the National Endowment for the Humanities, the American Council of Learned Societies, the Delmas Foundation, and the Loeb Classical Library Foundation.

Giancarlo Abbamonte is Professor of Classics at the University Federico II of Naples. As a PhD student (Salerno and Copenhagen) he studied Alexander of Aphrodisias’ commentary on Aristotle’s Topics and its reception in the Middle Ages, and he was a member of the international team that published the critical edition of Niccolò Perotti’s Cornu copiae (ca. 1480). He is interested in the reception of classical works (Virgil and his commentator, Servius Honoratus, Statius’s Silvae) in 15th-century Italian humanism. His most recent books are Diligentissimi uocabulorum perscrutatores (2012), on lexicographical and Virgilian studies in 15th-century Roman humanism, and Iacopo di Angelo traduttore di Plutarco: De Alexandri fortuna aut virtute e De fortuna Romanorum (2017), together with Fabio Stok.