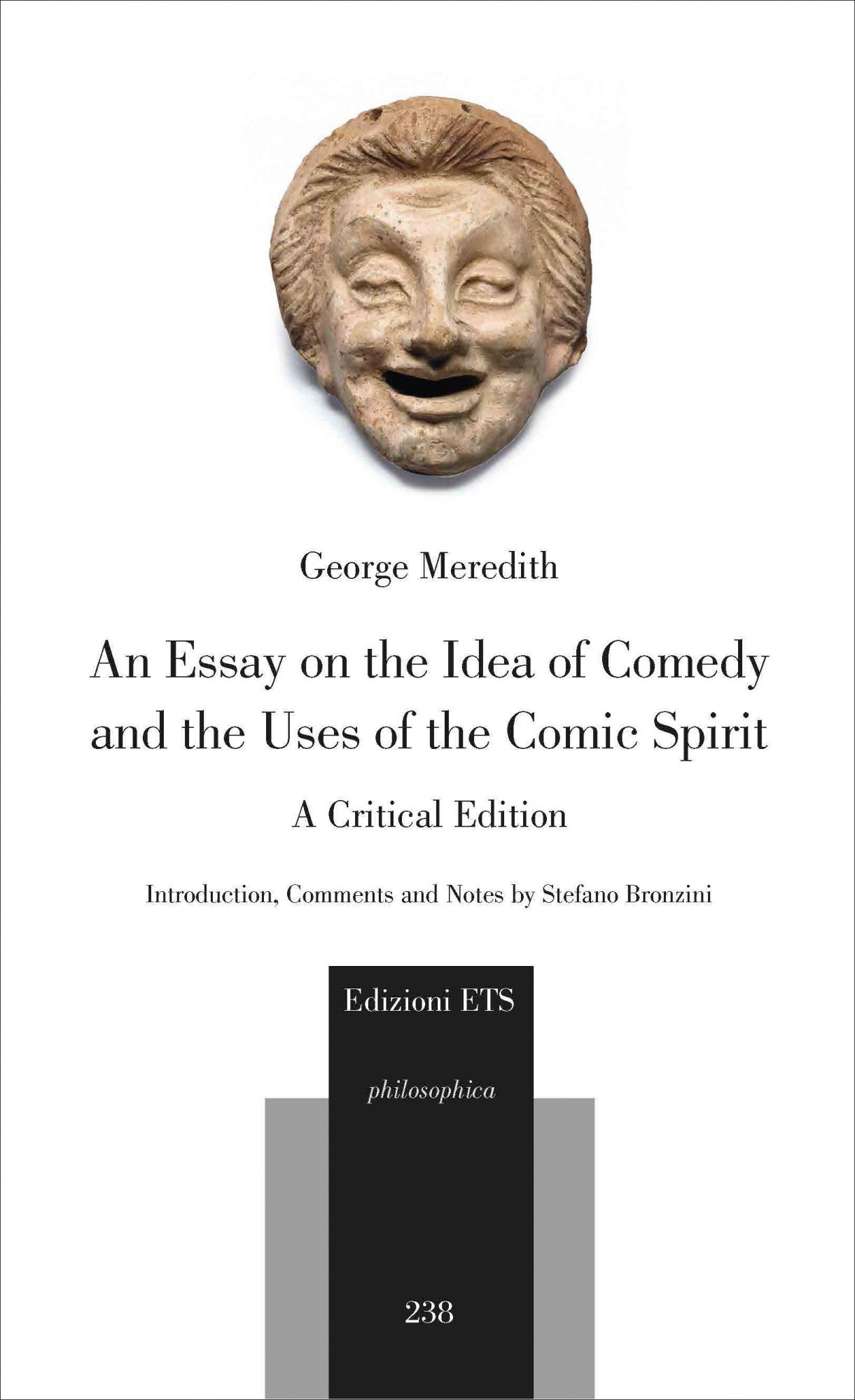 In An Essay on the Idea of Comedy and of the Uses of the Comic Spirit (1877) we find the authors, the books and the notes collected in the years of the long apprenticeship of George Meredith (1828-1909). There are many elements in common between the essay and the ‘prose experiments’ - The Ordeal of Richard Feverel and Evan Harrington - of the 1850s and 1860s: as at that time, there was the need ‘to free’ modern fiction from the romantic legacy and the rigidity of nineteenthcentury realism; as at that time, the desire was to give shape to a tension within the language of a surprising modernity. However, ambition was different then: in the mid-1870s, Meredith, even before publishing his most famous novels - The Egoist (1879), The Tragic Comedians (1880) and Diana of the Crossways (1885) - wanted to present a short story in the form of an essay. Precisely, An Essay on the Idea of Comedy, the history of the artistic formation of the last great Victorian.

Stefano Bronzini is Professor of English Literature at the “Aldo Moro” University of Bari, Italy. He has already published a monograph on George Meredith (Il calamo e la piuma, 1995). His research areas can be found in numerous publications ranging from the Shakespearean theatre, to the eighteenth- and nineteenth-century English novel (Defoe, Swift, Dickens, and Thackeray), from the literature of the Great War to twentieth-century North American fiction (Fitzgerald, Cummings, Dahlberg, Purdy), and on the minimalist literature of the 1980s.